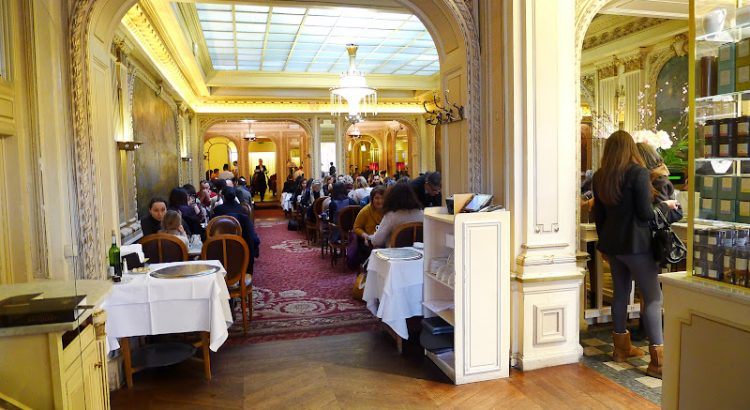 The Angelina Tearoom has no doubt, been an icon for the French art of living for more than a century. It was actually founded by a confectioner, Antoine Rumpelmeyer from Austria.

In the 1800, he and his family emigrated from then Austro-Hungarian Empire to the south of France, in the area of Côte d’Azur. They were originally inspired by the teahouses of their roots; the Rumpelmeyer family, who had opened various ventures in Nice, Monte Carlo, and Antibes. They eventually opened their first Angelina in 1903 on rue de Rivoli, at exactly the same location where it stands today.

The Angelina Tea House was designed by the famous architect, Edouard-Jean Niermans. He was known for his impressive works in Paris which include la brasserie Mollard on rue Saint-Lazare, the Trianon-Concert in Montmartre, and the Moulin Rouge on Boulevard de Clichy. His signature work, Belle Epoque style, greatly pleased the French. Over hundred years later, the original interiors of Angelina Tearoom remain unaltered, till this day.

In 2005, the Angelina brand was taken over by the Bertrand Restauration group. However, the new management has maintained the same standards that ensured and sustained its success for more than a century.

The modern age Angelina Tearoom still holds the same luxury and indulgence both in their salons and in their delectable food options, for which it was famous. You can still enjoy the same hot chocolate and be mesmerized with its luxurious interiors